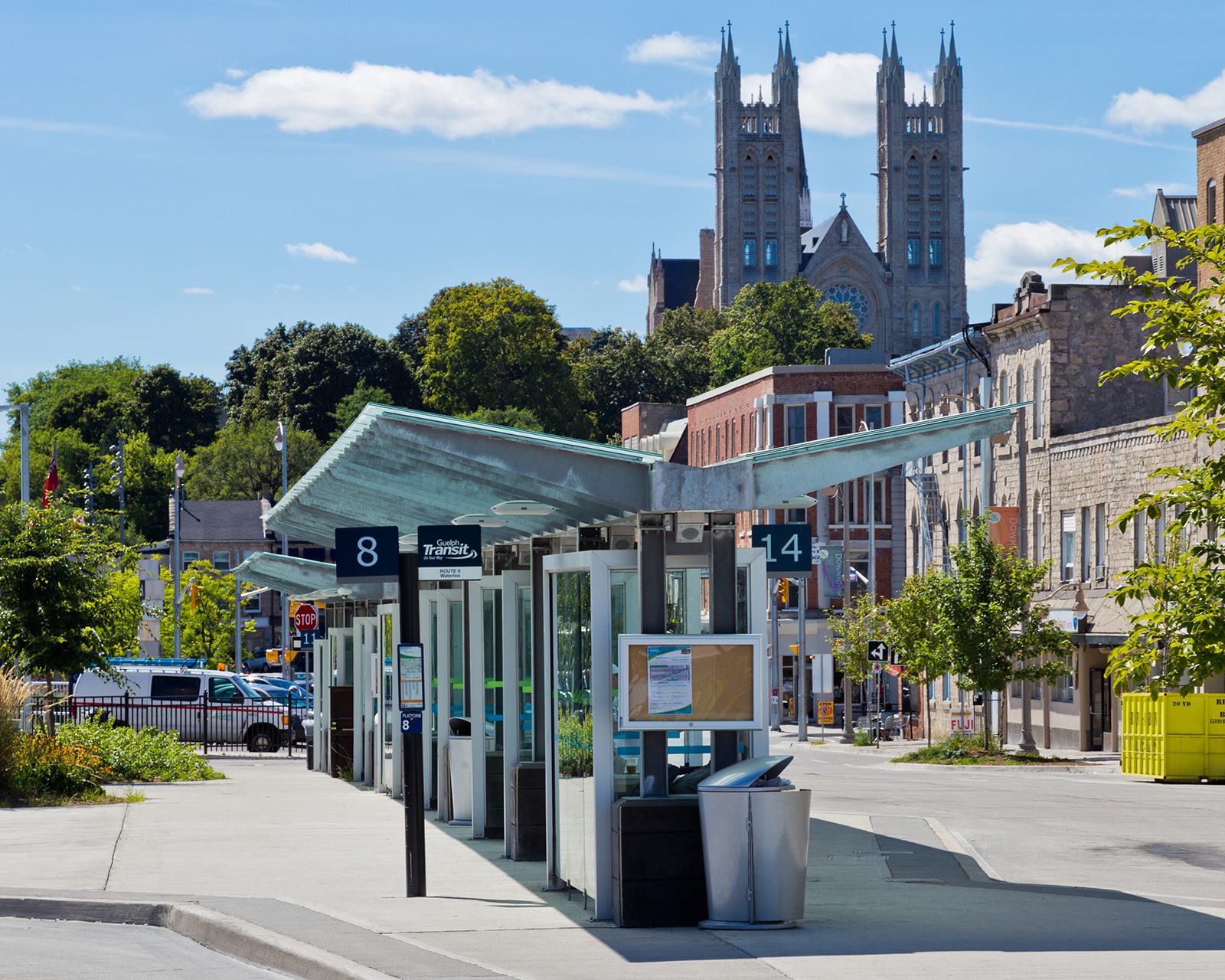 Building an important new transit hub for the City of Guelph.

Guelph’s downtown core offers a rich heritage and arts programming and is poised to attract more employers and entrepreneurs and become a major tourist destination over the next few decades. As part of the City’s downtown growth and revitalization, a new Guelph Transit facility was essential. It was important that this new transit facility be fully integrated with the downtown, recognizing the needs of various user groups, including transit riders, pedestrians, drivers, and facility operators.

We were able to leverage our experience and background with GO Transit to facilitate a cohesive design that met the needs of the City, while taking into consideration the City’s and Metrolinx’s future expansion plans. Design and construction activities involved a coordinated effort with VIA Rail, GO Transit and inter-city bus companies. Other stakeholders in the redevelopment of the station included Canadian National Railways (CN) – the owners of the rail corridor – and the Goderich-Exeter Railway (GEXR), who operated the railway under contract with CN.

The new transit terminal is designed as a seamless extension of Guelph’s downtown street system, functioning as part of the pedestrian and commercial flow of the downtown area while highlighting important downtown landmarks. The new transit facility also operates as an inter-regional hub providing service to Guelph Transit as well as to VIA Rail, Metrolinx, and inter-city bus companies.

Burnside staff worked well with the City, contractor and Metrolinx during this project. Burnside responded very well to the challenges on this project, from working in an historic downtown area to Metrolinx, including the construction of a GO station to the City’s construction contract which nearly doubled the value of the project.