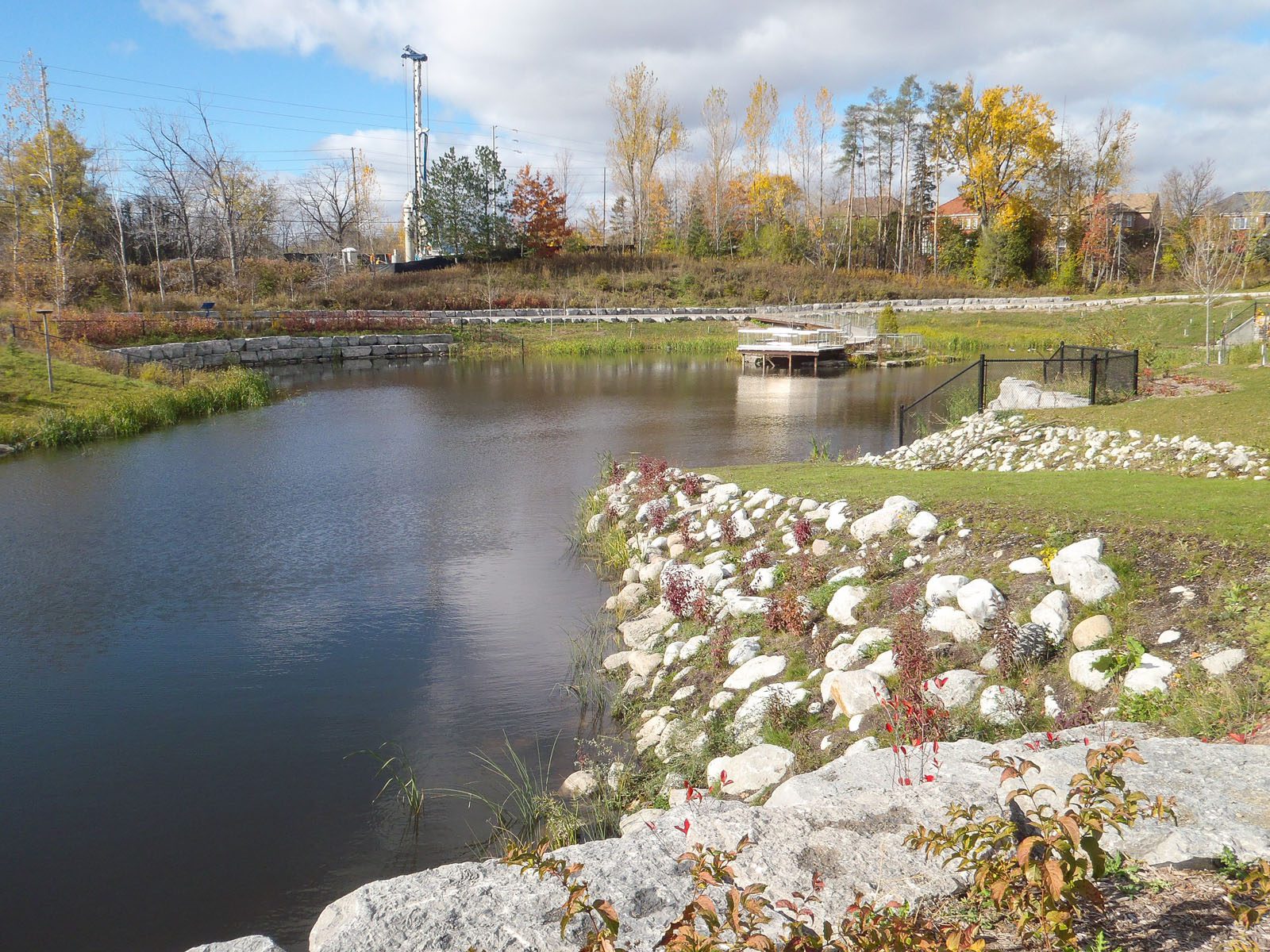 Helping develop one of the most advanced stormwater management facilities through improved water quality, habitat creation, and migration for endangered species.

Burnside was retained by the City of Richmond Hill to rehabilitate the City’s existing Rumble Pond as part of its Stormwater Management (SWM) Facility 10-year capital plan. This plan is intended to prioritize SWM projects over the period, with particular attention paid to infrastructure and potential risks.

The original SWM facility no longer met the standards to which it was designed and fell short of modern SWM standards. As a result, water quality and quantity control were significantly inadequate. In addition, this pond was built as an online facility within Patterson Creek which filled with sediment, raised the water temperature and acted as a fish barrier, preventing fish from travelling upstream beyond this point. Of particular concern were the adverse effects to Redside Dace, an endangered fish species in the area.

The project includes a number of special features, including:

The funding model for the project reflected the involvement of all three levels of government – Federal Gas Tax funds, a Showcasing Water Innovation Grant from the Ontario Ministry of the Environment, Conservation, and Parks, and funds set aside in a City of Richmond Hill Stormwater Management Facility reserve.  With the $6.4 million multi-disciplinary project, Richmond Hill has taken proactive measures to reduce its vulnerability to climate change and storm damage by adapting aging infrastructure to deal with severe weather events.

The completed project was awarded the 2014 Project of the Year Award – Environment $2 Million to $10 Million Category – by the Ontario Public Works Association. The City applied for this award, demonstrating how proud and satisfied they were with this important environmental project.