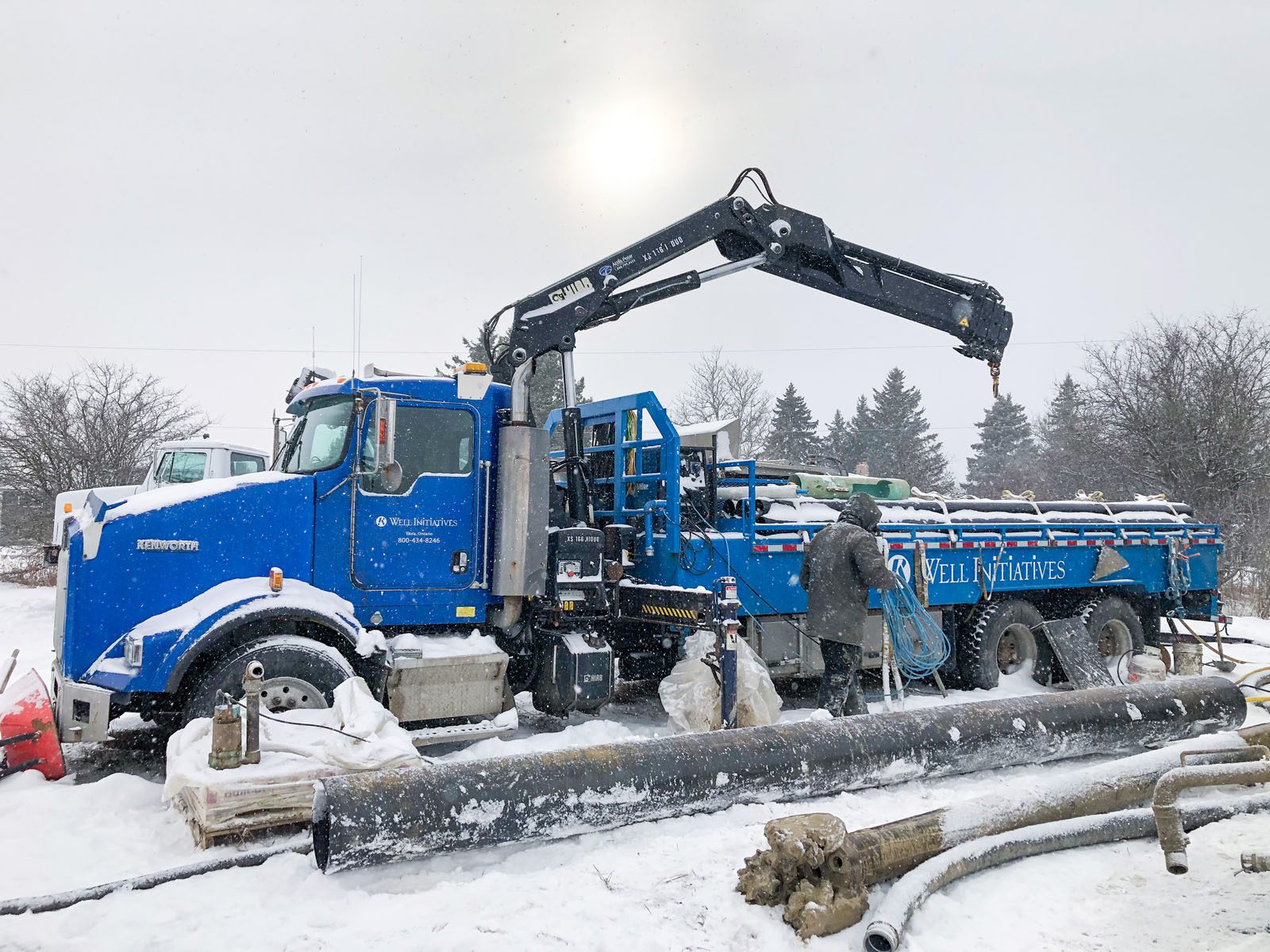 Burnside and Well Initiatives Limited were retained by the Region of Peel to conduct a groundwater exploration program for Caledon Village.

Several sites were selected for test drilling and the objective was to locate deep overburden sands and gravels within several buried valleys. In some locations, little to no granular material was located beyond aquifers capable of supplying domestic supply capacity. One location along Castlederg road proved very favorable and encountered very deep confined uniform sand at a depth of 150m and extended to 200m.

An initial test well was constructed and tested to a depth of 150m. Initial 72-hour testing proved positive, and the Region elected to continue with completing a 250mm stainless steel cased well to a depth of 163m with a 10m long well screen. The annular space was sealed from the aquifer to grade with Portland cement grout.

Initial testing indicated that the well capacity was greater than 70 L/s, and a long term seven-day test was completed at 60L/s. The well is now expected to be connected to the municipal system.

I would like to thank the Burnside team for the superior job done for the Caledon Village exploration program. The professionalism shown by the Project Manager and the prompt response to the Region’s concerns made the project a better experience and that was reflected on the success of finding a great supply well.